METADATA: Malou Caluza is the CEO of QNET. She started her career with the direct sales company as a receptionist and through hard work and dedication achieved CEO status. She reflects on why women are successful in the direct sales industry.

QNET CEO Malou Caluza started as the first receptionist at the direct sales company. Through two decades of hard work and loyalty, she climbed the corporate ladder and cracked the glass ceiling to become CEO. During those years at QNET, Caluza learned a lot about the business while watching the company grow and transform from a struggling startup to a globally successful leader of the direct selling industry.

Now, she’s hoping to inspire other women around the world to tap into their true earning potential. “We tapped into the rise in micro-entrepreneurship. The tech companies popularized the gig economy that everyone’s talking about today, although direct selling was the original gig economy business,” she says. In fact, according to the World Federation of Direct Selling Association’s 2019/2020 report, approximately 120 million people from all walks of life are involved in the direct selling industry, which generates up to $180 billion in overall sales.

“When I started with the company, we were just a small group of people, and everyone was involved with everything,” recalls Caluza. “There was no employee manual.” Instead, Caluza learned along the way by being hands-on while building and growing the company. “I saw how dedicated the founders, Vijay Eswaran and Joseph Bismark, were to the business, the employees, and our customers,” she says. “They were involved in everything from presenting the business to handling the customers and packaging the products.”

Seeing them like that left a lasting impression on Caluza. “That’s where I learned the true meaning of service,” she says. Caluza also credits the founders with having the foresight “to merge the concept of direct selling with the then very new concept of e-commerce.” According to the QNET CEO, “This definitely disrupted traditional direct selling, which at the time was all about the personal face-to-face interactions and establishing retail shops. So we experienced some challenges, but we had a lot of excitement and passion as well as the belief in what we were doing. And the experiment paid off.”

QNET often faces allegations of being a scam or a get-rich-quick scheme. The truth is it’s neither. It’s an international e-commerce-powered direct selling business that began in 1998. Headquartered in Hong Kong, QNET operates in more than 20 countries and offers a range of lifestyle, health, and wellness products.

In many ways, direct selling is the modern evolution of the traveling salesman — a popular career choice for men in the early 1900s. “Direct selling is a sales channel used by companies to promote their products away from a physical retail location, directly to the end consumer, primarily relying on word-of-mouth promotion from existing users,” says Caluza. “Many businesses around the world use the direct selling business model to promote unique products and services in a range of categories such as wellness and beauty care or jewelry and home goods products.”

Caluza believes that one of the best aspects of a direct sales company like QNET is that it is gender-neutral. “The direct selling business is a great equalizer,” says Caluza. “It does not discriminate based on gender, age, education, or socioeconomic background. Anyone can have access to the opportunity to become an entrepreneur at a very low cost — that is, provided they are willing to put in the hard work and have the right mindset needed to build a business.”

QNET CEO Weighs In on Why Women Succeed in Direct Sales

Women are thriving in direct sales. “More than 74% of direct selling distributors globally are women,” notes Caluza. Why is that? “The primary reason for this is the flexibility offered by direct sales. For many women, career advancement in a corporate organization is often challenging for a number of reasons, including family commitments. Hence, women find this an attractive business since they can plan their schedule, decide how much time they want to allocate to it, balance their personal commitments with the needs of the business, and get a lot done from the comfort of their home,” says Caluza.

“In my two decades with QNET, I have witnessed so many women, especially from developing countries, who have truly taken charge of and transformed their lives by building a successful direct selling business,” Caluza adds. “And in almost all cases, they tell us that the best thing they got out of the experience is not the financial reward, but the personal growth.” 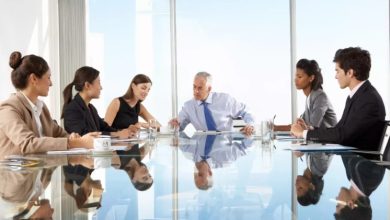 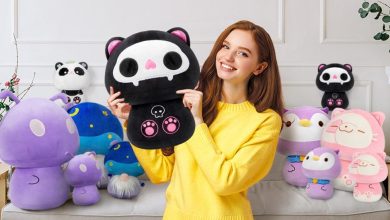 The Psychology of Plushies: Why We Love Them and How They Help Us

Why is there a need to hire IT contract staffing for your small business?