Intro To Guidelines For Release Of Health Information

The Application Process for H1-B Visa

How to Choose A Shirt For Work

Did You Start Online Running For Hobby or Health?

The spring/summer season for fashion and runways has begun, and it is bringing back a lot of elements we have come to miss in the past couple of years.

Modesty has tastefully gone out the window this season, with many items being mini and lots of skin showing or second skin items dominating the looks. After two years of people becoming more confident and free with their self-expression, designers took note of the changes and decided to embrace the sexual aspects of couture.

Notes of hedonism are extremely obvious in these upcoming designs, with designers such as Ludovic de Saint Sernin and bigger names like Donatella Versace adding elements such as braided leather, latex, chainmail, slits in clothing elements, and so on.

Models this season are experiencing more adrogynous looks placed on them, so if you think you’ve got what it takes to pursue this career as a fresh graduate, maybe now is the time to try out your comfort level as well.

This season isn’t just about lace, fishnets, and corsets though, because fashion houses are finally accepting and showcasing how sexy comes in all shapes, colors, and sizes. Body diversity has been something runways have desperately been needing for decades, and this is the decade where the needs are quenched.

Models such as Yumi Nu and Alva Claire were in extreme high demand this season, showing a positive change in the land of high fashion. It isn’t just about bodies, but about culture as well. Indigenous model Quannah Chasinghorse made many impressions on the Gucci and Chanel catwalks this year, among many other brands.

A Y2K rebirth is also on its way seeing current trends, with mini-skirts and thin hemlines becoming increasingly apparent on runways. This season was very idiosyncratic, with all types of style and silhouettes coming back from the past, including 80s colors such as green, bright orange, and fuschia, as well as fully white looks to contrast them.

Spring/summer of 2022 has been alive and reborn so far, so let’s look into the trends we’ve seen.

Let’s start with the oldest style making a renaissance this season, which would be seventies swing and the iconic disco fits we have come to love and miss. These looks involved widened or flare pant hems, bold shoulder lines done with trench coats, blazers, or button-ups, paired with square tip or J snip boot toes.

Mini skirts last adored in the Y2K era have finally made a comeback, and we’re all loving it. Miu Miu was the couturier who made the boldest yet shortest statement this year with their iconic mini skirt look released on their runway.

Their mini looked as if you took a pair of shears and just snipped the bottom 6 inches off your skirt, resulting in a skirt that barely covers your derriere, which is exactly what we expect. The skirt was tan and paired with a blue button-up shirt, bold leather accessories and chunky gold jewelry.

Many other brands that hopped aboard the mini train include Versace, Bottega Veneta, and Emporio Armani.

By shapely bags we don’t mean feminine curves (though that is not out of the picture), but rather bags that have weird shapes. The most notable one this season was a Louis Vuitton purse shaped like a duck. Other pieces that were novel were other animal bags, guitar bags, and even tiny bags hung in ponytails.

Bags have always been a fashion item used for expression, but sadly the term bag has gone from being a product of practicality to transport your stuff into just an accessory with no use.

Leather from the nineties

That’s exactly what real bikers want – their style that is used for practicality to become a mainstream little trend with no use behind it. The looks of this year were not only relating to sensuality, but also to biker styles from the nineties.

Brands such as Acne Studios made more authentically styled jackets, with simple neck straps and no lapels, whereas Alexander McQueen decided to mix denims and leathers, adding a nice variation in texture and fabric to their looks.

Other novelties with leather included bright leathers such as orange, and interesting sues of the fabric, for example, Supriya Lele seemed strongly inspired by bikers with the neck strap on the jacket, yet the whole from of the jacket was open and held together by straps, a very rave-ready touch to the look. 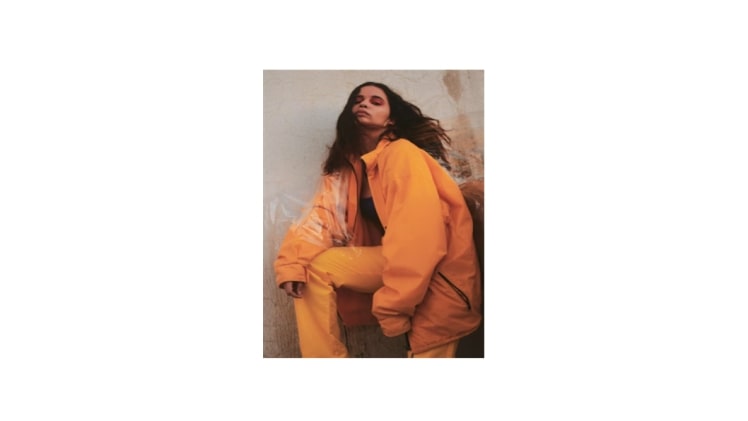 Camouflage, cargos, and comfort is what could be observed on various trendsetting males this season. The mostly monochromatic looks gave an air of elegance to the usually rogue and rugged feeling associated with camo and cargo pants,but one thing is for sure, and that would be that it looks good for everyday wear.

The colors of the eighties

The second the many colorful collections came out, fast-fashion brands such as H&M immediately jumped on the bandwagon. Couturiers in the likes of Valentino, Versace, Halpern and Christiano Siriano, among many other designers, all jumped on the trend of adding cerulean blue, fuschia, tangelo orange, and emerald to their runway pieces.

These pops of color are a pleasant refresher after all the neutrals we’ve come to get used to throughout the past couple of years. If you’re unsure about combining orange and green, just wear all orange! We also got to see fully solid-colored looks this year, namely from Christiano Siriano.

The look of the stereotypical lumberjack has also returned for all the masculine people out there, with lots of plaids and flannels being thrown about, paired with beanies and neutral colors. This style has probably never left for some people, but the comfort and coziness that gets added to the burly vibes of a lumberjack look are just great.

Capes, trains, and weird wing-like elements are back and they are making heads turn as you swish and float away like some superhero fae. No matter the color and the style of the garments, these additions to these designs make a statement a lot of people have been craving lately.

We are seeing a fashion renaissance in this year’s collection, and it was about time. We are also getting to enjoy lots of diversity with queer styles, body positivity, and different cultures all intermingling to boast their fashionable auras.

How to Choose A Shirt For Work

5 Things You Need to Know About Human Hair Products

Accessories for a wedding suit